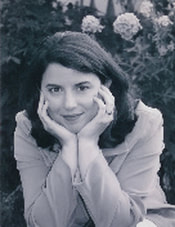 by Juliet Bond, LCSW
In 2010, one of my best friends was diagnosed with breast cancer. This was especially devastating because, when we were teens, Nancy lost her mom to the same disease.  I had no idea how to help, but I started by baking a casserole and delivering it to her door. I offered to drive her to medical appointments, babysit her son, and provide carpools.  She didn't take me up everything, but having a friend at-the-ready and showing up for her, seemed to help.

The following year, when another old friend had surgery, I headed to her house with a casserole. We stood in her living room catching up. Teary eyed, Rina said, "People have been so kind and helpful!  I wish there were some kind of service in Evanston for families like mine so that everyone could get this kind of support when they need it."

That idea lodged itself at the back of my mind.  Later that year, an aunt was diagnosed with breast cancer, then another friend.  By then, I knew how to use an online calendar to recruit support for friends and family in need. I was creating an army of casserole-makers. But I still hadn't figured out how to broaden my efforts outside of my own circle.

Then I met Clara Stanley.  I'd been on my way to drop off my son at a birthday party, assuming I'd be in and out of the family's home in five minutes. Clara had other plans. She ushered me into her dining room where she’d spread a large table with Korean dishes – kim chee, noodles, bulgogi – I realized that the party wasn't just for kids.  Right away I liked her.  She was a dynamo, rushing around the kitchen, lightly touching her guests on their shoulders while checking to make sure they were comfortable, smiling always and laughing.

“This is so generous!” I said.

But she just waved me off, ladling a helping of spicy vegetables and seafood onto my plate.  As we were leaving, I asked her for a recipe. This lead to a discussion about where to get Korean ingredients, which lead to a plan to go shopping together - and lunch too.  And sometime during the easy back and forth of planning for that outing through emails, or small talk while picking up or dropping off our kids, I mentioned that I was training for the Avon 2-day walk to raise money for breast cancer research and care. Clara was the first donor to my Avon walk fundraiser.

On the day we were scheduled to shop and eat, I arrived at the Asian grocery store a few minutes late. I was greeted by Clara and another mom. This was a woman I hadn’t yet met but who had also donated to my cancer walk. When I thanked her, she said. “Well, I can’t walk this year but my mother has been battling breast cancer for over 20 years.”

In between bites of sizzling seafood pancakes, Clara admitted her ulterior motives for inviting us to lunch.

“I think we should start a group to help families. There are so many families in need.”

"Um, I have this idea..." I said.  And I told them about my conversation with Rina. We made notes on the back of napkins, laughed and shared stories, all the while knowing that something good would come of this.  Even if we just brought one casserole to one struggling parent, we'd be tossing a rock to begin a ripple of support. And maybe other schools would catch on. Someone suggested the name COPE (Caring Outreach by Parents in Evanston.) We all agreed it was a great name, embodying the mission and the compassion inherent in our hopes.

After that first meeting, we looped in the PTA president, Candance Chow, who has been a huge support. We began the group more than halfway through the school year but managed to establish ourselves, build up a membership of thirty parents, fundraise and recruit a volunteer to create a logo. (Thanks, Sandy Rogers!)

But more importantly, we have helped many Evanston families.  Since 2010, we have held five benefit concerts, raised money for individuals and families, started school grocery programs, created service projects, delivered countless numbers of beds, sofas, dressers, and appliances to needy families across the district, supplied over 1200 Evanston youth with school supplies, expanded COPE to seventeen Evanston schools, and delivered many, many casseroles.

In 2017, we have shifted our focus to school supplies for every child in need across Evanston. We hope this singular mission will ensure that COPE grows. It means that we won't be so stratified in our mission, and that, what started as a grassroots response to families in need, can become a sustainable non-profit.